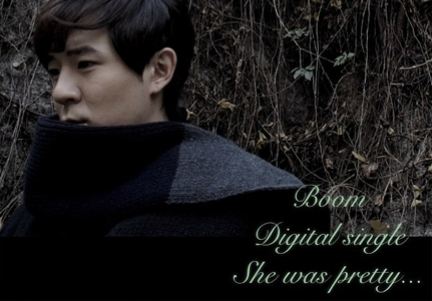 You probably recognize Boom for his fixed appearances in variety shows like “Strong Heart,” “Invincible Youth,” “Star King,” along with many cable channel shows. But did you know that he made his debut as an idol in boy group KEY back in 1997? That would make SHINee’s Key 6 years old! My, how time has flown.

On November 27, his newest digital single “She Was Pretty” was released on online music sites. The song is of the retro soul hip hop genre. Boom is able to portray his skillful rap that he has kept hidden for all these years and the track also features singer Genius Tiger. Jewelry’s Yewon also participated by lending her voice for the narration.

The music video is artistically filmed to portray the memory of past lovers in a black and white movie-like sequence.

Boom
Jewelry
Yewon
KPLG
Genius Tiger
How does this article make you feel?