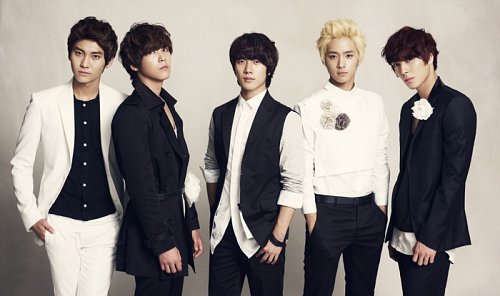 On November 5, they released a shot 30 second spot as a teaser. With the concept of their title “Polar Star” the band plays their instruments decked out in LED lights. “Polar Star” is a medium tempo rock song about a man’s unchanging feelings like the position of a polar star. The song has already been chosen as the ending for several variety shows in Japan.

Along with the song the single will also have other songs written by the members, Lee Jae Jin’s “Fallin’ For You” and Choi Jong Hoon’s “Beautiful World.”.

The full music video for “Polar Star” will be released on December 5.