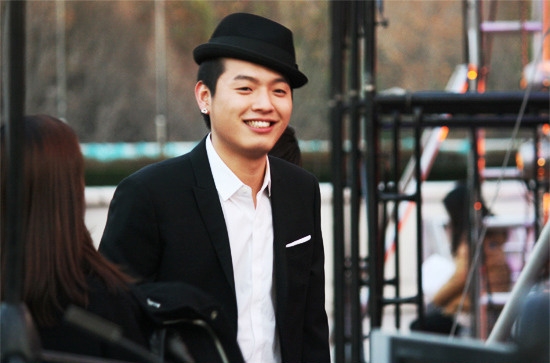 On the morning of November 27, Supreme Team‘s E-Sens wrote on his twitter, “Honestly speaking, this is f—ing disgusting.” He was responding to another hip hop musician’s initial tweet that reads, “How come comedians imitate hip hop musicians with forced musical talent whenever they run out of ideas?”

Recently, comedians like Jung Hyung Don, Brave Guys from KBS “Gag Concert,” and comic hip hop duo UV have garnered much attention with their hip hop music with funny lyrics. Although E-Sens did not name the names, his tweet publicly disses and is aimed at one of these comedians.

Netizens responded to E-Sens’s rather strong opinion, “Then hip hop musicians should not come on variety TV shows,” “You sound a bit opinionated,” and “Things happen, get over it. You sound utterly appalled by it.”

Meanwhile, E-Sens put a temporary stop on his career when was found guilty of smoking marijuana in November 2011. He was later sentenced to 1 year 2 months of imprisonment, 2 years of probation, 160 hours of community service, 40 hours of drug treatment course, and was fined approximately 2 million Korean won.