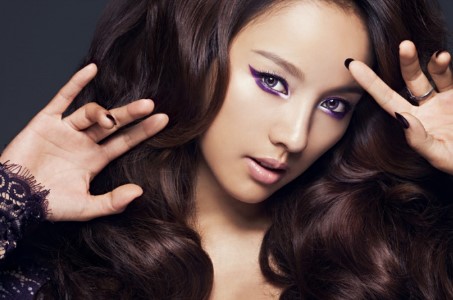 Lee Hyori Will No Longer Model for Commercial Advertisements

CF Queen Lee Hyori will put down her crown and no longer do any more advertising commercials.

The singer announced that she will no longer be a model of commercial advertisements. Rumors of this had already been going around when it was noticed that Lee Hyori was no longer accepting any commercial modeling offers.

Recently Lee Hyori retired from being the model of Lotte’s “Chum Churum” soju, which she was with for five years. Also she informed Clio, the makeup brand she had been with since 2010, that she would not be renewing her contract when it ends in December.

A representative of Lee Hyori’s agency B2M Entertainment said, “It is true that Lee Hyori is turning down advertising offers. She is dedicating her time to prepare for a new album.” Also, “She does not consider this a retirement from all modeling. She may model for environmental issue or campaigns she believes in. It just means she will no longer do commercials for advertisements.”

The reason for this withdrawal is due to her personal convictions. In an interview with a law school professor at Seoul University she said, “As I grow more interested in the environment, there are more restrictions in my life. I couldn’t do shampoo advertisements after considering [what it does to] the environment.” She added, “The things that I enjoyed before, I hate now. I have a lot of concerns. As the “Flower of Capitalism” I received a lot of benefits from this capitalistic society but I think my change in thinking will be encouraging.”

For “Chum Churum” Lee Hyori was replaced by her industry juniors, Kara’s Goo Hara, Sistar’s Hyorin, and 4 Minute’s Hyuna. On Twitter she had a message for Goo Hara, “We can’t help but be subjected to the power of the companies when we sign a contract. Hara, please don’t forget my words.”

Because Lee Hyori has always shown interest in animal rights, she has been the models for a lot products rather than clothes brands. It must have been difficult for her to model clothes when she refuses to wear fur or leather products. In recent years she has also carefully chosen her brand endorsements based on the company’s stances on certain topics.

Lee Hyori is currently preparing for a new album that will be released next year.