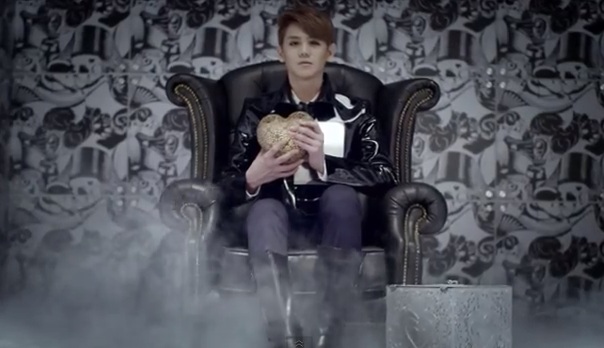 On November 28, BEAST’s Yoseob revealed the music video for his solo debut track, “Caffeine.” As the previous teaser photos indicated, Yoseob looks classy in his black suit, while creates good chemistry with actress Song Ha Yoon, who appears as his ex-lover.

The video has an overall dreamy tone, with Yoseob going through his past memories with his ex-lover. The song is about the feelings you feel after ending a relationship that was as addictive as caffeine. The MV’s overall storyline follows the memories-reminisce-painful storyline, while Yoseob’s outstanding vocals and surprisingly well-synchronized dances are put on full display.

Yoseob’s solo debut album will be titled, “The First Collage,” and is produced by his BEAST group mate, Yong Jun Hyung. Enjoy the MV below!

BEAST
KPLG
Yang Yoseob
Caffeine
How does this article make you feel?