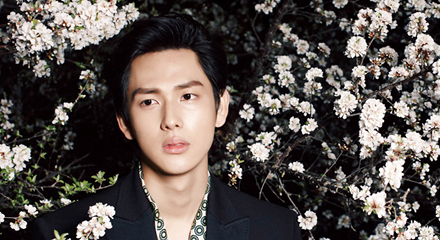 Im Si Wan, from boy group ZE:A, is stirring much interest for his little? slip on twitter.

On November 29, it was around 1am when he posted, “Why is my heart like this again when I see you… JH.”

He’s receiving much attention as more idols are starting to open up about their romance lives. However, some are thinking that this might be a marketing tactic for their next song. Kahi, an ex-member of After School, wrote on her twitter “Come back you bad person,” which became a hot topic until her song was revealed afterwards containing the phrase in the lyrics.

Netizens who saw the twitter posted various comments, “It’s probably part of the lyrics for their newest song,” “I’m curious who JH is,” “Is he dating? Gotta find all the JH female celebrities.”

Update: A person close to Im Si Wan commented, “What Im Si Wan posted on twitter was a hint for their next lyrics. JH looks like it stands for director Shin Joo Hak from Star Empire Entertainment.”

It’s been revealed that ZE:A is planning to make a comeback during the middle of next month.

ZE:A
Im Si Wan
KPLG
How does this article make you feel?