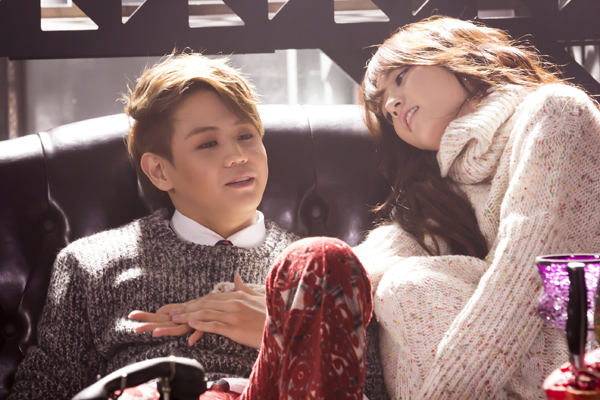 Following up yesterday’s release of his debut solo MV, “Caffeine,” BEAST’s Yoseob released the behind-the-scenes clip for the song today. The three-and-a-half minute video takes you behind-the-scenes at the filming set of his music video, showing never-before-seen shots of Yoseob, Yong Jun Hyung, and Song Ha Yoon, who plays Yoseob’s female partner in the MV.

Yoseob says, “The song is about a guy who can’t let go of his past lover and spends his nights drinking coffee. It’s my first time acting so there were a lot of awkward moments for me.”

He continues, “I just filmed the first scene…but it’s really awkward and embarrassing…I have to go back to acting now. I have to film a scene with my female partner. I couldn’t sleep at all last night because of the pressure. I don’t know what to do.”

Despite his worries, Yoseob does a superb job acting in his “Caffeine” music video. You can see the full version of the clip here. For the BTS clip, check it out below!