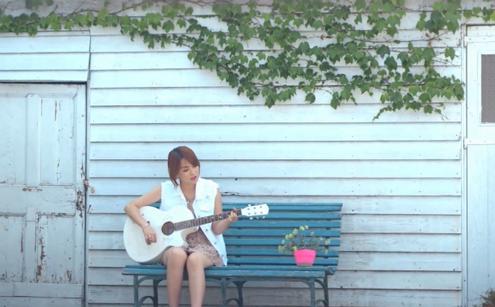 KARA’s Kang Jiyoung Performs the Guitar for the First Time

“Wanna Do” is a rock ballad with a sweet string accompaniment. It’s a fresh change from the sexy theme Kara has been promoting recently. This is the maknae’s first time singing a rock ballad and she learned how to play the guitar specifically for this song. In the music video shoot, she played the guitar herself.

In the music video, she acts alongside with Supernova’s Gunil. The two meet through a guitar and develop a sweet romantic relationship.

The representative also said, “The story of the music video is reminiscent of the movie ‘Once’. We hope that Kang Jiyoung’s new image with the guitar will draw interest.”