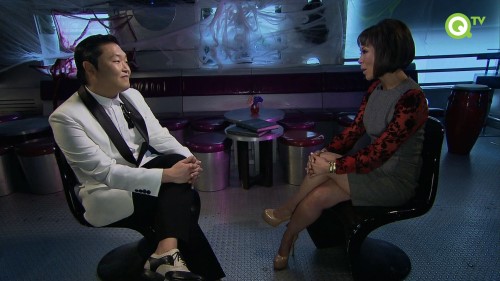 PSY Questions Why Asian Artists Try to Act American in the U.S.

During a recent interview with CNN, PSY questioned why some of the Asian artists try to act too American when they promote in the U.S. The comments came during a 20-minute interview that was conducted by CNN reporter Alina Cho for a segment called, “Talk Asia.”

“I’m not an American. I want my identification, you know, and occupation, and nationality. I want to keep it,” PSY said in English, as he argued it didn’t make sense for him to act American.

PSY added that he spent a lot of time trying to figure out how to position his image on the global stage. “After a long thought process, I came to the conclusion that ‘I should just go Korean.’ The reason I made sure that I introduced myself before doing the ‘Gangnam Style’ dance on the Ellen Show was because of that,” he added.

The full interview will be broadcast in Korea on December 1 through cable channel QTV.

PSY
KPLG
Gangnam Style
talk asia
How does this article make you feel?