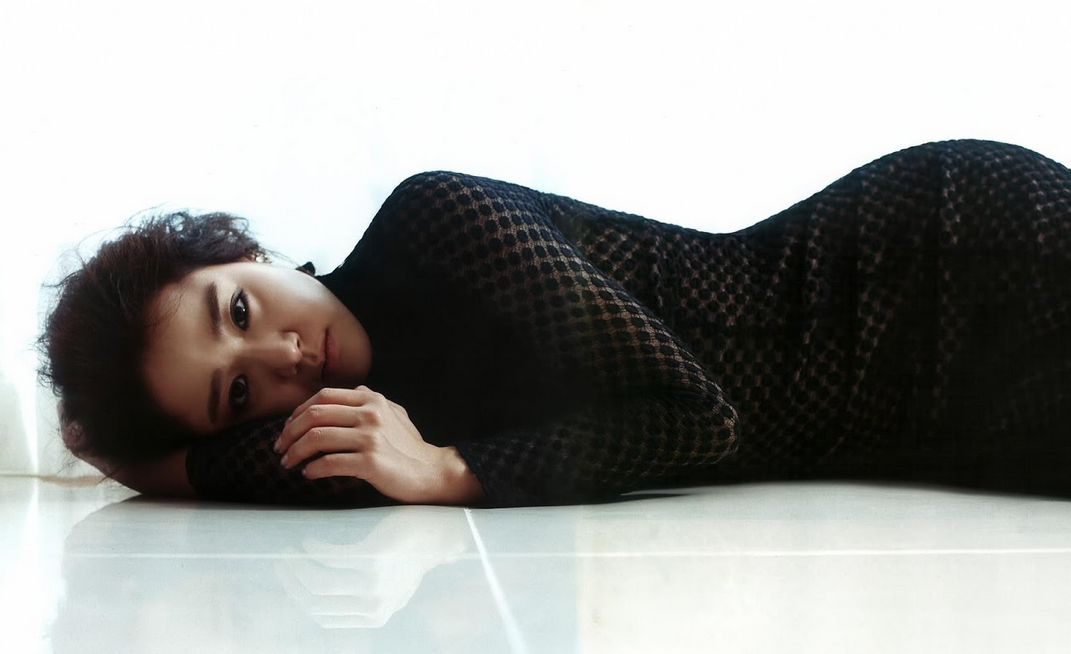 Moon Geun Young was recently spotted taking the subway! Earlier today, a photo of the actress, captioned “a couple of hours ago,” was shared on various online communities.

Dressed in black from head to toe, Moon Geun Young looks quite relaxed as she’s seated on the subway. Judging from the way she exposed her face, many people came to the conclusion that the photo was taken in between takes of her new drama.

Netizens who saw the photo commented, “For a second, I thought she really took the subway to work,” “I wish I was on that train,” “I want to meet Moon Geun Young on the subway,” and more.

In related news, Moon Geun Young is set to make her comeback to the small screen in two years through new SBS weekend drama “Alice in Cheongdamdong.” Moon Geun Young will play a rookie designer named Han Se Kyung. Despite her efforts, she just can’t seem to excape poverty. She decides that the only way she can leave her old life behind is to marry into one of the wealthy families of Cheongdamdong. Park Shi Hoo will play her love interest.