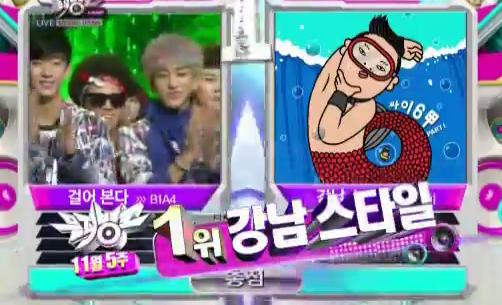 The winner of K-chart this week was PSY with “Gangnam Style”, beating B1A4‘s “Tried to Walk” and gaining his 14th win of K-Chart with the song. Congratulations PSY!

Next week will feature the comeback performances of Secret.

Enjoy the performances below. Congratulations once again to PSY!

NS Yoon G feat. Simon from Dalmatian – “If You Love Me”