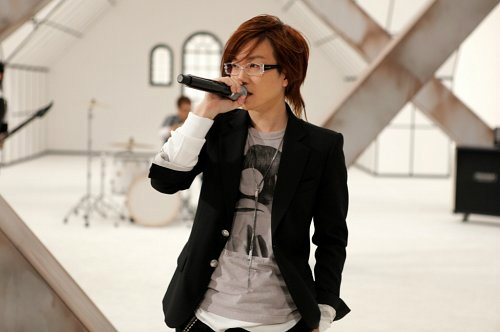 Seo Tae Ji keeps Promise with Fans from 20 Years Ago

Previously in 1995, Seo Tae Ji was asked “What would you do if and when you meet your fans 20 years from now?” His written response back in 1995 was, “I’ll buy coffee.” His initial reasons behind those words were that he would’ve retired in 20 years and if any fan recognizes him on the street, he’d be more than willing to treat the fan to a cup of joe or something similar to that.

Seo Tae Ji will be opening “Seotaeji Cafe” on December 1 until December 9. Any fan who brings in a fan-item of Seo Tae Ji and/or Taeji Boys, such as albums, stationary goods with Taeji Boys‘ pictures, old fan goods, concert tickets, and movie tickets. Upon presenting this Seo Tae Ji related item, a fan would be able to receive a cup of Americano. The amount of coffee available each day is limited, so whenever “Seotaeji Cafe” is sold out of coffee, the cafe might close early.