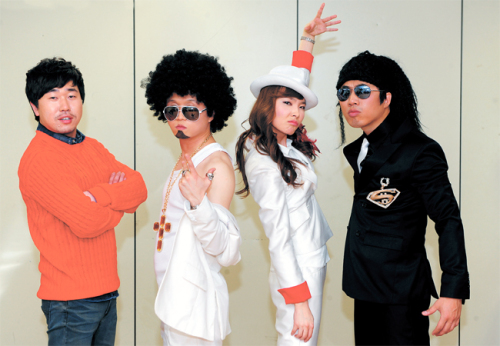 Brave Guys To Stop Releasing Songs, But Not Because of E-Sens

Previously, Supreme Team’s E-Sens wrote on twitter, “Honestly Speaking, it’s f—ing disgusting,” regarding how comedians imitate hip hop musicians as a source of entertainment, rather than talent. He later explained his initial tweet that his comment was not aimed at a certain individual and he was just making a point about how he does not like comedians and comedy programs make fun of hip hop music.

According to Winning Insight, Brave Guys will be releasing their first and last regular album in December. This album includes 10 songs. Previously, Brave Guys became popular through “Gag Concert.” They released songs like “Wait and Be Prepared” from their comic segment and garnered much attention online and offline.

Gag Concert
Brave Guys
E-Sens
Wait and Be Prepared
How does this article make you feel?