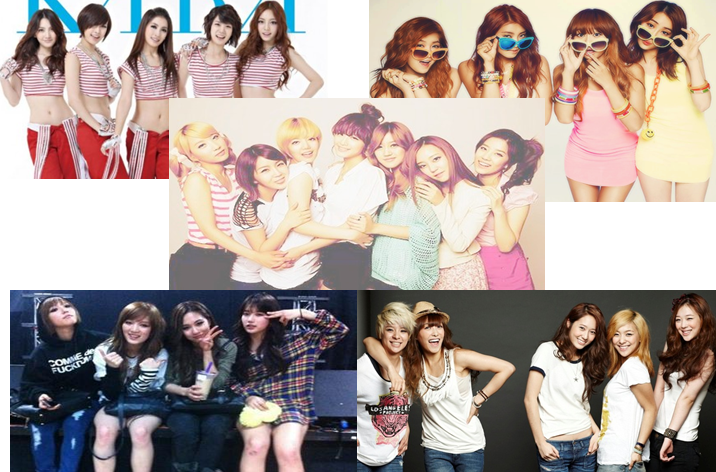 Which Girl Group Member Looks the Best in No-Makeup Selca?

Recently on SNS, various girl group members are releasing photos of themselves without any makeup. Behind their extravagant stage makeup, these girls appear to be hiding youthful and beautiful faces.

Group Rainbow’s Go Woo Ri has often showed off her bare-face selcas. In this particular picture, Go Woo Ri looks naturally beautiful with her hair in a simple ponytail and wearing a modest shirt.

SISTAR’s Dasom has always been well known for her flawless pale skin. In this photo Dasom also shows off her huge eyes, straight nose, and pink lips. Unlike her usual sexy stage look, Dasom looks elegant.

miss A’s Suzy looks adorable in her selca. Like her nickname “Nation’s first love,” Suzy is lovely and youthful without any makeup.

All of KARA’s members were confident with their bare-face selcas. Leader Park Gyuri proved that she deserves her nickname “the goddess” as she looks beautiful in her photo. Some even argue that she actually looks better without any makeup.

Nicole and Kang Ji Young look their age in their pictures, while Goo Hara’s bare face doesn’t appear to be much different from her fully adorned face except for her faint dark circles. As for Han Seung Yeon, she still looks gorgeous despite the fact that she took this picture after a sleepless night.

Group f(x) members who are known for their unique styles also released their no-makeup selcas. Victoria took a picture of herself after washing her face while Sulli took a selca before going to sleep. Krystal and Amber also showed off their natural beauty in their pictures.

Fans are immensely enjoying these selcas as they get to know what the girl group members are like behind the stage.

Soompiers, who do you think looks the best?