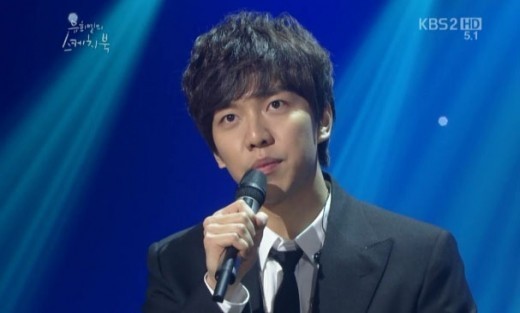 Lee Seung Gi Talks about the Aftermath of Leaving “1N2D”

Singer Lee Seung Gi spoke about the aftermath of his departure on the popular variety TV show, “1 Night 2 Days.”

Lee Seung Gi answered, “Don’t look at it in that way. I was okay since I worked on a drama right away.” He continued, “But after the drama ended, I did have withdrawal symptoms.”

He said, “Every week, I used to come in and talk energetically on set but since I didn’t have that anymore, I got a lot more talkative in my everyday life.”

Then Yoo Hee Yeol added, “People say that you got brighter after leaving variety TV.” To that, Lee Seung Gi answered, “No, I got a lot easier.”

Meanwhile, other artists such as Park Jung Hyun, Kim Bum Soo and Noel appeared as guests on the show.