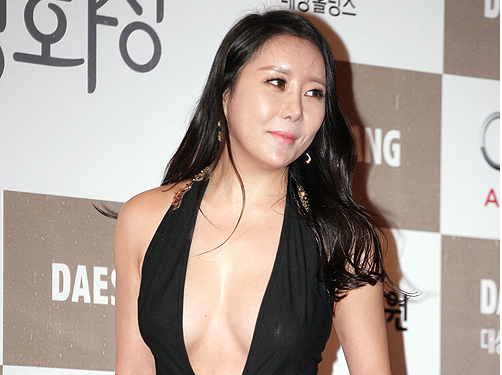 Actress Ha Na Kyung took her chances on a revealing dress but unfortunately faced a wardrobe mishap on the red carpet. Wardrobe malfunctions happen all the time, where actresses have to make incredibly long trains work and stilettos look easy to walk in, but the poor actress had to take the tumble and watch the aftermath as paparazzi continued to take photos of her breast being exposed in the fall.

She took to her twitter page to make a formal apology to the public, “First of all, I would like to apologize for what happened last night. I was so elated to be invited to the event, I wasn’t paying attention when I slipped and fell, causing more than one person an inconvenience that night. From now on, I promise to be more careful.”

The twitter post was for the viewers who voiced their outrage and disgust at what they deemed indecent exposure and an inexcusable incident for any female celebrity to allow.

MAMA
Ha Na Kyung
How does this article make you feel?