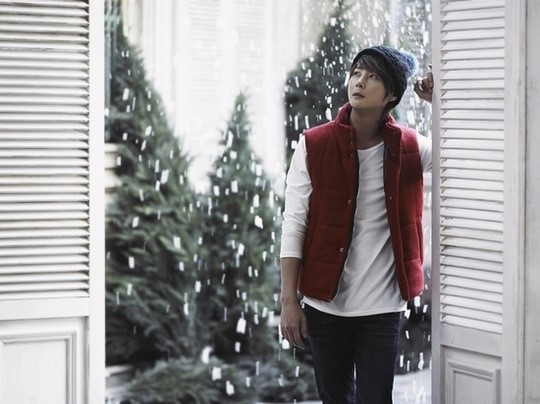 Shin Hye Sung Would Like To Collaborate with IU

When Shin Hye Sung met with the press to talk about the launching of his special album “Winter Poetry,” which is scheduled to be released on December 4, he was asked which one of the junior artists he would like to produced a track together with.

Without hesitation, Shin Hye Sung replied, “I have noticed the growth of one particular artist that caused me to reconsider her musical ability altogether. For the longest time, I only considered her a cute, younger singer, but after I saw IU perform “Remote Control” on MBC‘s Music Bank with her guitar, I was blown away by her singing. I couldn’t believe that someone at that age could produce such refined vocals. I thought she did a terrific job. She changed my mind about her completely.”

In the meantime, Shin Hye Sung is currently preparing for promotional activities for his title track “It Would Be Nice If It Were You,” which will be released on December 4.

IU
Shinhwa
Shin Hye Sung
KPLG
How does this article make you feel?