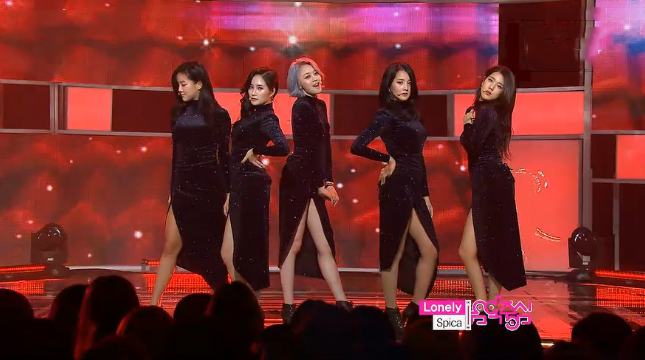 SPICA Makes Their Comeback Performance on Music Core with “Lonely”

Rookie girl group SPICA made their comeback performance tonight on Music Core with “Lonely,” which is the title track of their second mini album.

Produced by Sweetune, “Lonely” is a retro pop track. It’s lyrics are about a girl who reminisces about a lover after a breakup. They released their music video last week and then went on to have their first comeback stage on Music Bank.

It has been a very busy year for this five member rookie group. Created by B2M Entertainment, SPICA debuted in January with their prologue digital single “Potently.” They soon followed up with “Russian Roulette” and “Painkiller.” More recently, they finished up promotions of their upbeat pop track “I’ll Be There” in October.

Music Core
SPICA
How does this article make you feel?