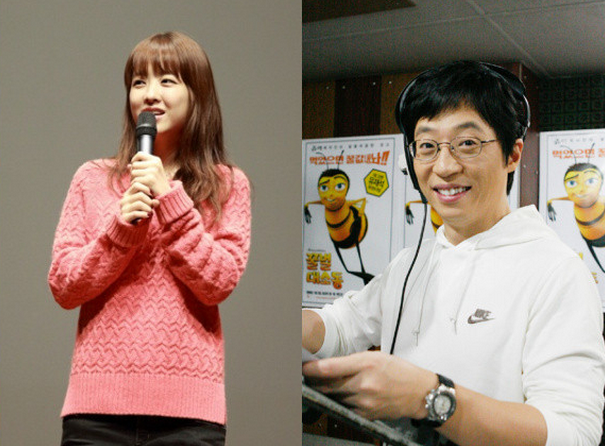 Actress Park Bo Young, who has been enjoying the success of “Wolf Boy,” recently made a guest appearance on MBC’s “Come To Play: Truman Show.”

After expressing her great enthusiasm and love for the show, Park Bo Young immediately turned to Yoo Jae Suk and said, “While watching the Truman Show however, I became very disappointed in Yoo Jae Suk.” She explained, “Whenever Yoo Jae Suk’s female friends call him, he lies to them and says he is sick.”

Yoo Jae Suk tried to explain the situation that came up on the show saying, “But there was a reason for that,” to which Park Bo Young responded, “I would be scared to meet a guy like that.” Yoo Jae Suk didn’t let that faze him as he offered the remark, “If you happen to meet that guy, you’re probably going to have a lot of fun,” causing the entire studio to laugh at his witty comeback.