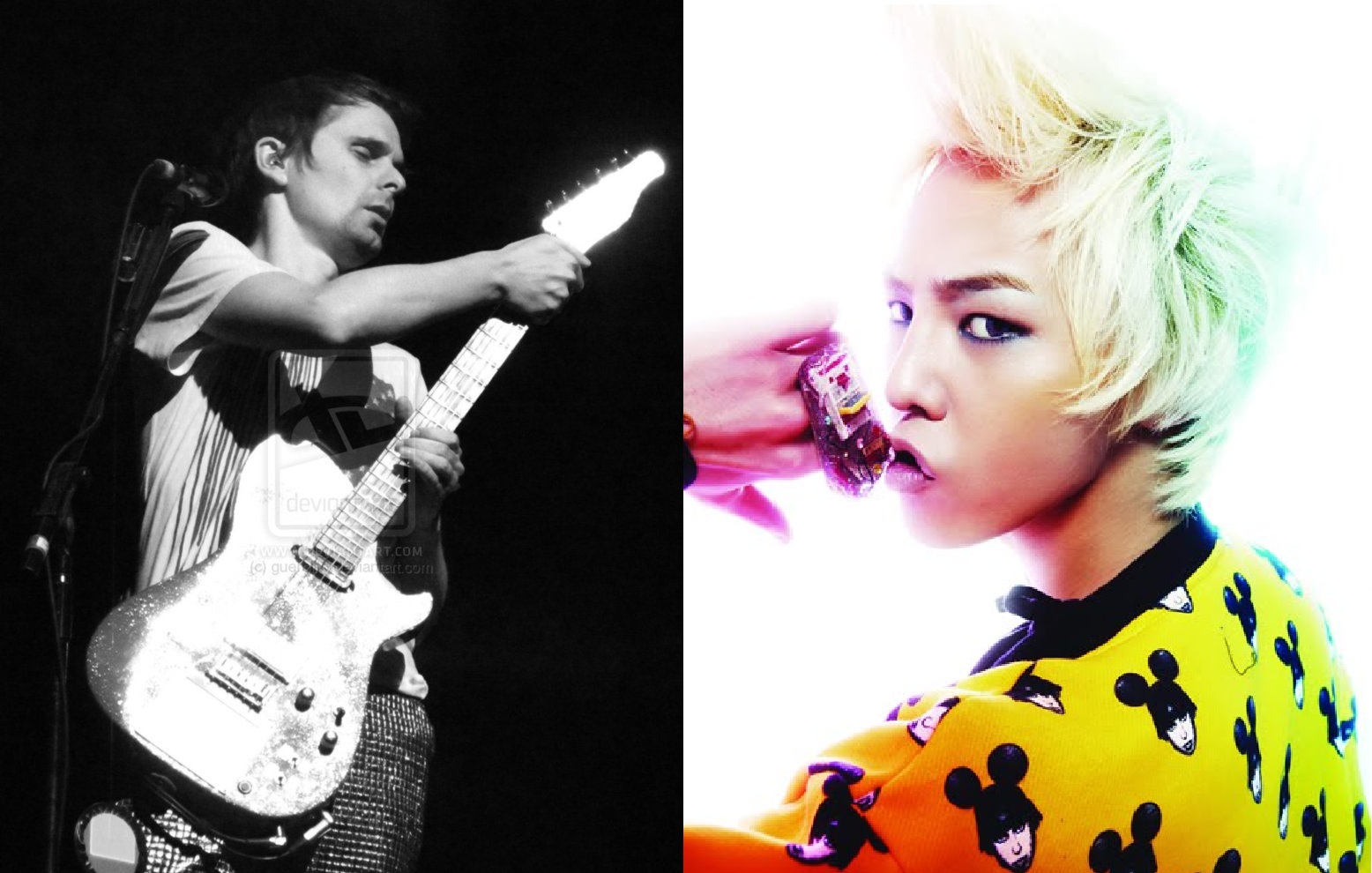 On December 1, the English musician wrote, “I considered playing on a Segway, but guitar gets in the way. And besides, G-Dragon got there first…”

It seemed like Matthew Bellamy was looking for ways to rock his performing for his upcoming concert and stumbled upon G-Dragon’s famed unique perfoming acts. As he wroted in his post, Big Bang did indeed come up with using a Segway for their private concert that was staged in March.

Upon seeing this mention, the Korean fans commented, “Is Matthew Bellamy feeling a sense of rivalry against G-Dragon?,” and “Big Bang is so influential.”

On the other hand, Big Bang is to show a private concert from January 25 to 27 at the Olympic Park in Seoul.