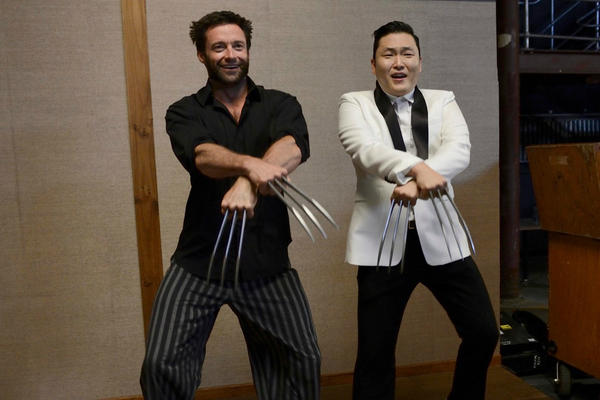 On KBS’s “Entertainment Relay” that aired on December 1, Hugh Jackman commented on his meeting with PSY in October. He stated, “I met PSY in Australia and he was great. He was very nice and kind. I met him after his concert, and he was very funny as well.”

Hugh Jackman also added, “I do dance the horse dance from time to time. My daughter on the other hand does the horse dance all the time. She said that she will never forget the day she met PSY.”

Hugh Jackman is currently promoting his latest movie, “Les Miserable” that was directed by the famous Tom Hooper. Other actors in this film include Anne Hathaway, Russell Crowe, Amanda Seyfried, Eddie Redmayne, and Helena Bonham Carter. In the movie, Hugh Jackman plays Jean Valjean and it will be released on December 19.