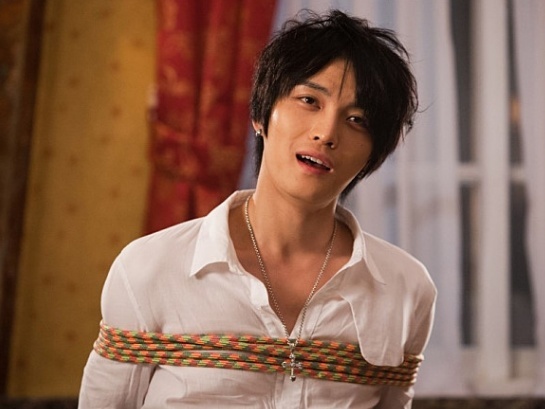 On December 2, Jaejoong created a new twitter account and started communication with his fans. He said, “A lot of people wanted me to come back to twitter. That is why I came back. As a celebration, I’m posting a picture of me sleeping. Let’s smile a lot now!” He also posted a photo.

Many fans expressed their delight for Jaejoong’s return to twitter. Netizens commented, “Thank you for coming back,” “It’s so good to see your bright image for the first time in a long time,” “Happy news” and more.

Meanwhile, Jaejoong is busy with promotions for his newly released film, “The Jackal Is Coming,” which hit theaters on November 15.