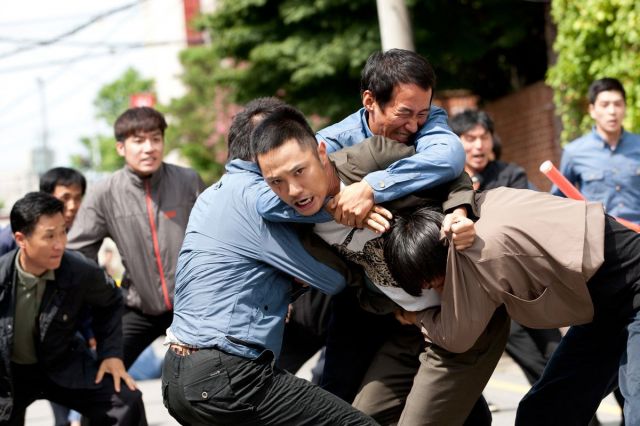 “26 Years” takes the box office top spot on the weekend of its release. According to reports in local news agencies, box office receipts from November 30-December 2 show that the film was seen by more than 800,000 people, gaining the No. 1 position.

The film, based on a web cartoon by Kang Full is about a group of ordinary citizens who banded together to plot an assassination. It created a fictional set of characters and series of events stemming from an actual historical event. “26 Years” stars Jin Goo, Han Hye Jin, Bae Soo Bin and 2AM’s Im Seulong.

The film gained early buzz, owing to the generous donations amounting to millions of dollars just for the production to push through.