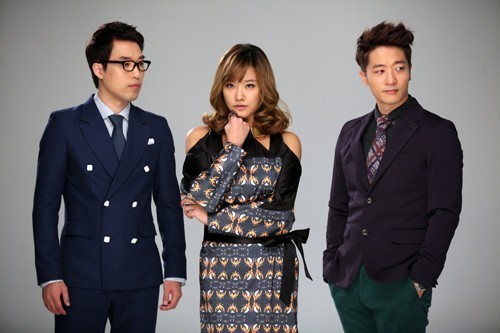 DJ Clazzi, Alex and Horan Reunite for a Clazziquai Comeback

Clazziquai, the trio made up of DJ Clazzi, Alex and Horan, reunites for a comeback to the music scene on December 5 with the release of a new single. The last album they released as a group was 2009’s “Mucho Beat,” the remix of their fourth studio album, “Mucho Punk.”

Alex and Horan have teased the public of their forthcoming comeback with posts on social networking sites such as Twitter. Reports say fans have been receiving the news of a fresh release very warmly.

Clazziquai began as a project band in 2004 under the leadership of Kim Sung Hoon, more commonly known as DJ Clazzi, with vocals provided by Alex and Horan. They began releasing music online to good reviews, leading to the release of their first studio album, 2004’s “Instant Pig.”

In between studio albums, the trio released remix albums and worked on individual projects such as solo releases and contributions to film and drama soundtracks. In recent years, Alex has branched out to acting in addition to his solo music career. Horan, on the other hand, went on to be part of acoustic band Ibadi. DJ Clazzi released his first solo album, “Infant,” in January 2012.

Clazziquai’s new single, “If Together,” drops midnight of December 5.