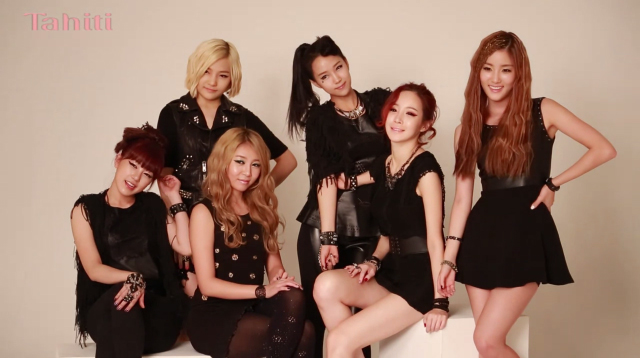 With rookie girl group TAHITI in the middle of promotions for their new digital single “Hasta Luego,” they have now revealed their music video for their ballad track “Pretty Face.”

While their comeback title track “Hasta Luego” was a electronic dance track with a mature concept, the group shows off a completely a different side through their ballad “Pretty Face.” The song was included in their single which was released last month on November 1.

The music video features many behind the scenes clips of the girls in preparation for their comeback. In the beginning the girls are seen working in the recording studio. The video continues on to show their choreography practice and their photoshoots.

Created by Dream Star Entertainment, TAHITI made their debut a few months ago in July with their single “Tonight.” While there has been some roster changes, they are still a six member group.

TAHITI
KPLG
How does this article make you feel?