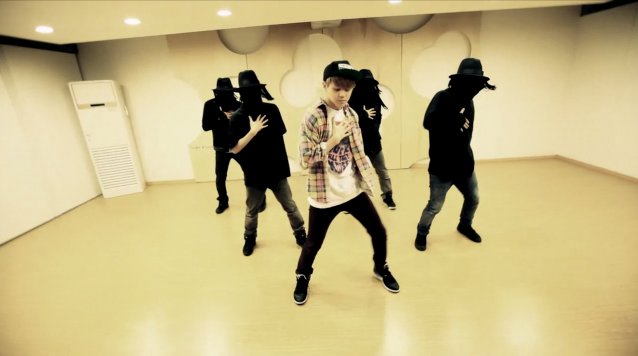 Following Yoseob‘s solo debut performances for “Caffeine” this past weekend, his choreography practice was revealed on YouTube today.

Choreographed by Prepix Haw and Previx iLL, the masked dancers are iLL, WaSsup, Soo and Joony. In the past, Prepix Haw has worked closely with BEAST, creating the dances for their hit songs “Not Me,” “Beautiful Night,” “Soomp,” “Shock” and more.

Yoseob’s debut solo mini album “The First Collage” and music video for “Caffeine” were released last week. Previously, his behind the scenes video for the music video was also revealed.

Check out his most recent performance of the song from Inkigayo this past weekend!