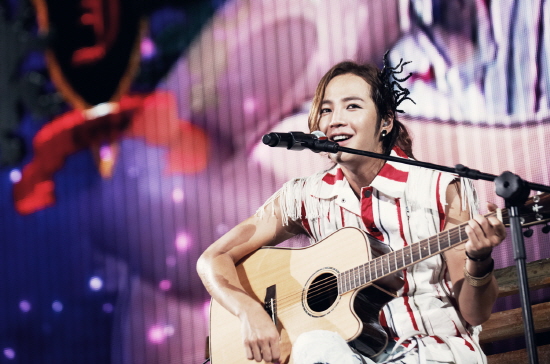 Jang Geun Suk recently shared his thoughts on finishing the 2012 Jang Geun Suk Asia Tour “The CRI Show 2.” The concert tour that started in July came to an end on November 29 in Saitama, Japan, wrapping up the 9-city, 16-concert tour.

“We’ve already come to an end of the concert tour. I’ve been able to grow personally and interact more with the fans by directing and designing the concert, which helped better establish the ‘CRI Show’ brand,” Jang Geun Suk said.

Jang Geun Suk held a total of three concerts in Saitama as part of the “CRI Show 2.” The first two shows, held on November 26 and 27, brought in 15,000 fans each, while the finale concert on November 29 generated another 18,000 fans, bringing the total attendance figures up to 48,000 over just three shows.

Congratulations on your successful tour, Jang Geun Suk, and hope to see you soon with another CRI Show!

Jang Geun Suk
KPLG
cri show 2
How does this article make you feel?