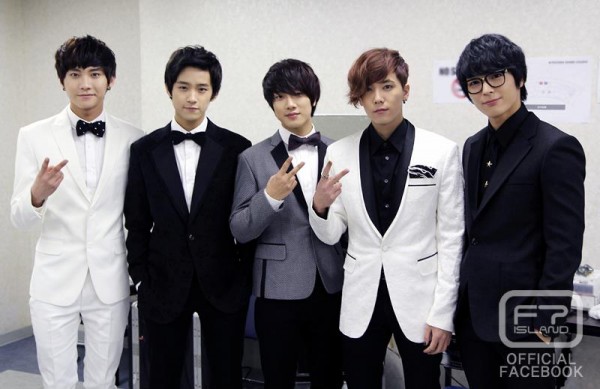 FT Island Donates Books and Computers to School in Africa

On December 4, FT Island announced that they’ve donated free books and computers to a local school in the African country of Cote d’Ivoire. The donation was made in partnership with FT Island’s official fan club, PRIMADONNA.

“There have been a lot of children that found strength from books during the war. With this donation, we’ll be able to run a meaningful library,” an official was quoted as saying.

Each of the FT Island members also expressed their excitement over the donations on the group’s official homepage. Lee Hongki said, “We can’t miss out on such a meaningful activity! Let’s build a great library,” while Choi Jonghoon wrote, “Let’s do our best to make sure the kids grow in a great environment through the library.”

Lee Jae Jin wrote, “I made a donation for the lovely library too!” and Choi Min Hwan wrote, “Your small help can become a dream and hope,” while Song Seung Hyun wrote, “It feels great to know kids will get to read a lot of books because of my donation.”