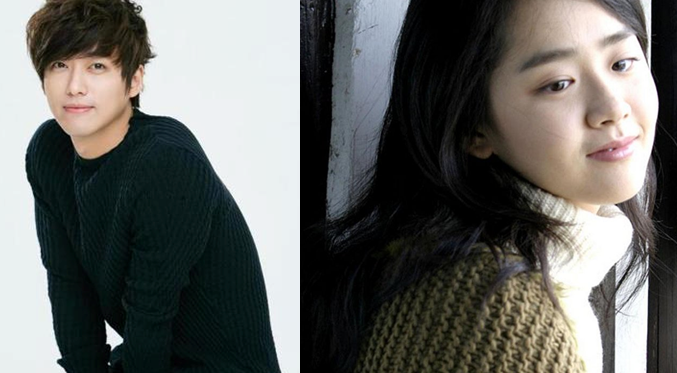 On his fan café on December 3, actor Nam Goong Min left a message under the title, “I can see the tears on Se Kyung’s face.” Nam Goong Min is currently making special appearances on SBS’s new drama “Alice in Cheongdamdong” as the poor boyfriend of Se Kyung, who is being played by actress Moon Geun Young.

Nam Goong Min started by stating, “Special appearance. It’s been a while since I have been at a shooting set. I hoped to look cool, but as the poor boyfriend, my makeup included dirty stubbles and dark circles. However, this is the character I must play, so I will do my best. There are some advantages of playing this kind of role. For example, I don’t have to worry about keeping my clothes or my face clean. I can just sit anywhere.”

Nam Goong Min continued, “I will be appearing on only three episodes, so I feel like a visitor. It has been a long time since I saw Geun Young, but I now have to pretend I have been dating her for past six years and break up with her. This is hard.”

Nam Goong Min added, “I wonder if the viewers will catch this. As I acted this scene, I saw Se Kyung crying. She knows her face won’t appear on the TV, but to help me play my character, she tries her best and continues to act. This must be how good partners work.”

Nam Goong Min stated, “To me, Moon Geun Young isn’t one of those selfish actresses, but someone who has a lot of pride in her work and knows how to work well with any partner. It was only for a short time, and a breakup scene was difficult, but we had a lot of respect and trust in each other and so everything went great. I was happy to work with her, and I would like to wish good luck to “Alice in Cheongdamdong.”