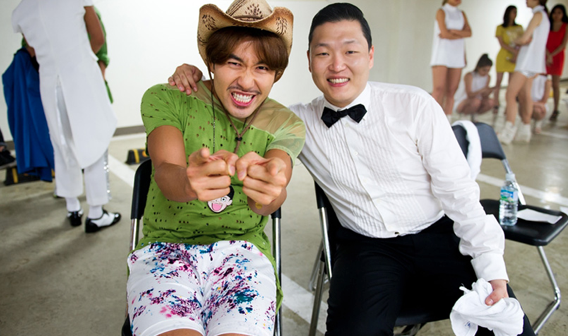 On the recording of KBS 2TV‘s “Do Dream,” Noh Hong Chul, otherwise famously known as the “Elevator Guy” from PSY‘s “Gangnam Style” music video, shared an incident where he was asked if he was gay.

Hong Chul began,”After work, some of us had a get-together. While on our way there, it just so happened that Kim C and I fell into step and separated from the group. When Kim C noticed this, he quickened his pace and asked me cautiously, ‘You’re gay…right?'”

Kim C also happened to be on the show and tried to explain the situation,”Noh Hong Chul seemed as though he had a lot in common with gays. If Noh Hong Chul said he was gay, I wanted to be able to support him.”

Filmmaker Kim Jo Kwang Soo also made a special guest appearance on the show to say, “I’m different! That’s why I’m happy” to talking about his coming out as a homosexual. The interview is scheduled to air on December 8.