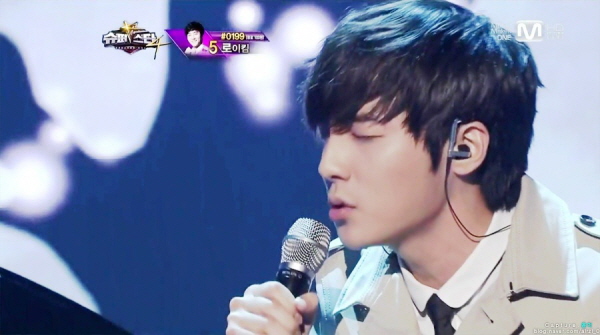 Roy Kim appeared on an episode of “Beatles Code 2” on December 3. The emcees Tak Jae Hoon and Yoo Sang Moo teased, “We will give you a chance to turn your 500 million won (about 500,000 USD) winnings into a donation.” Then Roy Kim answered, “I will really donate everything.”

Then the MCs said, “Well 300 million of that 500 million is part of your album production budget. If you donate all your winnings, then how are you going to produce your album? You’re the winner but you’re going to end up with a negative 300 million won!”

Then Roy Kim answered, “I never said I would donate all 500 million won,” and “Album production costs are about 200 million won. After setting that aside, I will donate the remaining money.”

He continued, “I never thought I would win. So that’s why I decided to donate my winnings,” and “The money never entered my mind. I just wanted to give great performances. I promised myself to not think about the results but to try my best and things turned out really well,” with a big smile.

Roy continued, “I want to throw a concert for everyone who feels lonely and pass around a bowl of magulli (Korean rice wine).”

Meanwhile, Roy Kim had his debut performance at the 2012 MAMAs, which were held on November 30. He also promised that he would give up neither his studies nor his music.