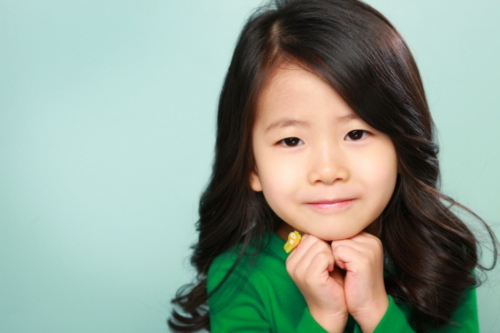 Turns out, Boom and Park Min Ha’s mother had known each other for a long time, so Boom would babysit for her from time to time. On one of those occasions last summer, Boom looked after Park Min Ha for a twelve hour period. Park Min Ha described their play date, stating, “We went to the aquarium to see the fish, went to the movies, and ate lots of delicious foods.”

Announcer Park Chan Min finished the story saying, “Well, Boom says he dropped her off at ten, but that was 10 PM. When Min Ha got out of the car, she wasn’t wearing the same clothes she had worn that morning and her hair was tied up. She was dressed up from head to toe. I’m not quite sure what events exactly took place that day.”

MC Shin Dong Yup affirmed the curious incident and offered, “There is no way a bachelor would suddenly take it upon himself to tie a little girl’s hair up” and asked Park Min Ha, “On that day, did you happen to meet an auntie?”

Park Min Ha replied, “Yes, there was a pretty auntie. We met her at the aquarium and had dinner with her. That auntie even tied my hair up for me.” Boom was so surprised by her response he tried covering her mouth playfully.

Park Min Ha drew the attention of viewers when she also revealed, “I missed Boom uncle so much, I cried when I couldn’t see him.”