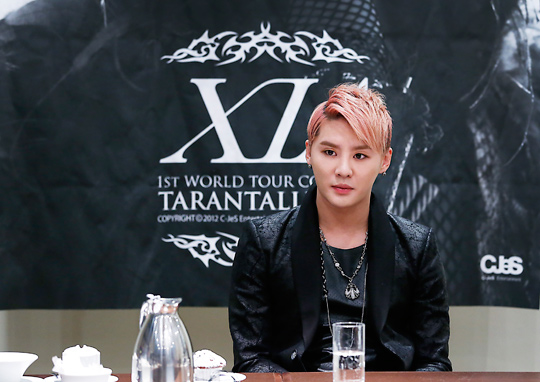 JYJ’s Junsu is Building a Resort on Jeju Island

It has been reported that JYJ‘s Junsu is building a family resort in the lovely island of Jeju.

On December 5, tvN‘s eNEWS aired a segment on celebrities who give businesses to their families as gifts. Many stars usually gift their families with coffee shops or restaurants. However, Junsu’s gift stood out because it was a resort.

C-JeS Entertainment previously revealed that the resort is run by Junsu’s father. With the costs of buying the land, the construction and everything else, the amount that Junsu spent is estimated to be around 15 billion won (about 15 million USD).

Local residents are responding favorably to this resort. They said, “This area is beautiful but we don’t really get a lot of tourists,” and “Since Kim Junsu is a Hallyu star and has much fame, we are expecting to see an increase of tourists. We hope that this area will become a mecca of Hallyu.”

JYJ
KPLG
Xia Junsu
How does this article make you feel?