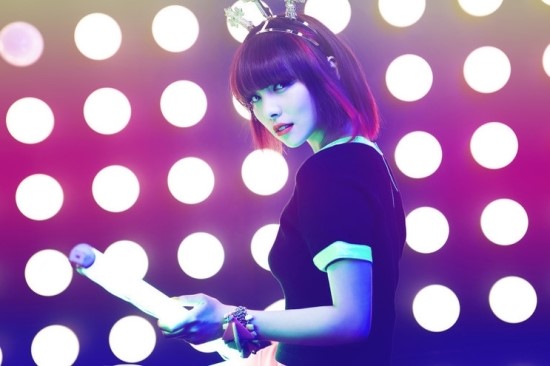 JYP Entertainment announced, “Sunye will be getting married on January 26 at 12:30pm at Seoul Lotte Hotel in Sogong-dong.” As Sunye and her husband-to-be are both devoted Christians, they will decorate the wedding venue like a church for their special day.

A representative from JYP Entertainment explained the reasons behind Sunye’s choice of venue. This representative said, “Sunye thought a hotel was a better option than a church to accommodate more people since there will be a lot of reporters and spectators on the day of wedding.”

While no details of the wedding has been decided, this representative told that Sunye is diligently preparing for her wedding, discussing the overall wedding with different people. The officiant of the wedding has not being decided yet. 2AM‘s Jo Kwon will be the master of ceremony, as they have been friends for more than half of their lives. Jo Kown and Sunye were first discovered together through SBS “JYP Project – 99% Challenge” in 2001. They have been best friends since then, through their trainee days. Celebrity photographer Oh Joong Seok will be taking pictures at Sunye’s wedding.

Meanwhile, Sunye’s soon to be husband is a Korean-Canadian missionary. The couple met during a missionary trip together in Haiti. Previously in November 2011, Sunye appeared on SBS “Strong Heart” and surprised everyone by saying, “As JYP lifted the relationship ban, I started dating someone.” In July 2012, Sunye once again surprised everyone by openly discussing the possibilities of marrying her boyfriend on mnet “Beatles Code 2.”

After the wedding, Sunye will focus on her private life while other members of Wonder Girls are focusing on their solo careers in acting, producing, and so on.

2AM
Sunye
Wonder Girls
JYP Entertainment
Jo Kwon
How does this article make you feel?