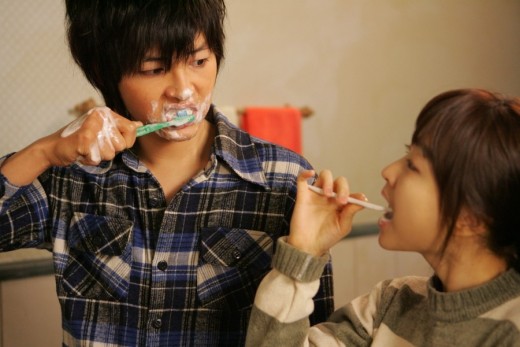 To celebrate the extended release of the movie “A Werewolf Boy,” here are some of the movie’s unreleased stills that were out open to the public on December 6. This action was joined in collaboration with film distributor CJ E&M.

As many people know, the ending of the movie has been changed as well. Instead of Chul Soo (Song Joong Ki) meeting the elderly version of Park Bo Young, the new ending is based around the werewolf reuniting with young Park Bo Young.

To date, “A Werewolf Boy” has become the top grossing melodrama movie, and until December 5, more than 6,596,235 people have watched it.

This fantasy romance movie is about a teenage girl played by Park Bo Young who is sent to the countryside for her health. There, she meets and befriends a feral boy (Song Joong Ki). The werewolf boy starts to feel love towards the girl who is the first person ever to treat him with affection.