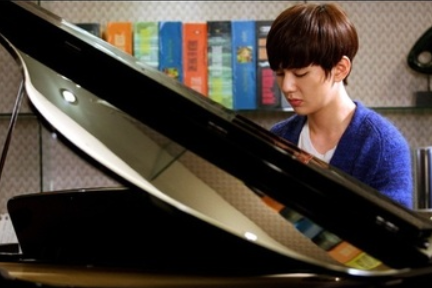 On December 6, several stills of MBC’s drama “I Miss You” were released. In the stills is Yoo Seung Ho with a longing expression and playing the piano.

On December 5 in episode nine, Yoon Eun Hye became the main suspect for the murder of Kang Sang Deuk, and Yoo Seung Ho felt helpless as he could not do anything to help her. Yoo Seung Ho has received a lot of sympathy from the viewers for his distress on this episode. In addition, his stills are also receiving attention from the curious fans.

The staffs from the “I Miss You” shooting later revealed that Yoo Seung Ho was initially very nervous about playing the piano, but as soon as the cameras started to roll, he played it beautifully. Yoo Seung Ho received an ok from the director on his first attempt, impressing everyone on the set.

Yoon Eun Hye
MBC
Yoo Seung Ho
KPLG
I Miss You
How does this article make you feel?