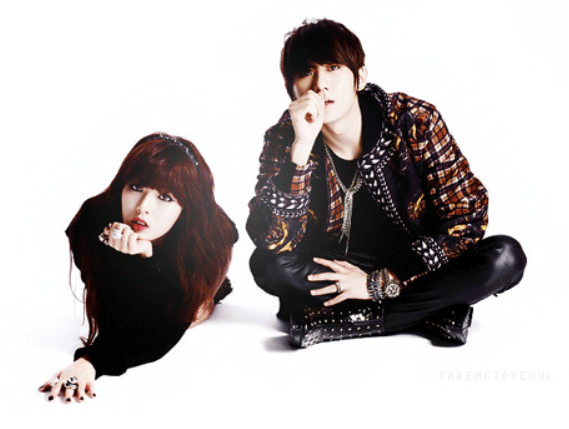 On December 6, the behind story of MAMA were told on Mnet’s “Wide Celebrity News” under the title, “MAMA X-File- Unfinished Story.” Included in this show were 4minute‘s HyunA and BEAST‘s Hyunseung’s behind the stage scenes.

In the scenes are HyunA and Hyunseung before their performance at MAMA. They appeared to be close as they held each other’s hands and drank from the same water bottle. The dating rumors of these two singers had been ongoing ever since they teamed up and with these newly released scenes, fresh rumors are expected to arise.

Meanwhile on this show, other topics such as celebrity styles and the behind stories of other stars that appeared on MAMA were included.