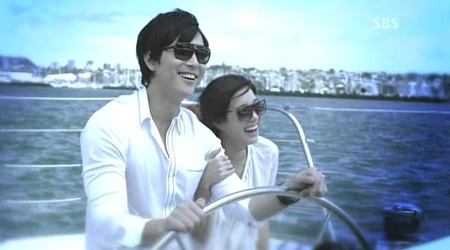 Super star Jung Woo Sung recently opened up about the breakup with his ex-girlfriend, Lee Ji Ah. He revealed that Lee Ji Ah told him about Seo Taiji during their trip to Paris when they were together.

On December 6, “Knee Drop Guru” aired the second part of Jung Woo Sung’s guest appearance, where he honestly and sincerely talked about this painful event.

He said, “I found out that she dated Seo Taiji when we were in Paris. Right before the media published news about the divorce and legal hearings, Lee Ji Ah told me about it and said she was sorry for not telling me earlier.”

Last March, the Korean paparazzi snapped photos of Jung Woo Sung and Lee Ji Ah enjoying a date in Paris, which is how the public learned about their relationship. However, in just a short month, it was revealed that Lee Ji Ah was filing for a divorce with Seo Taiji and eventually, Lee Ji Ah and Jung Woo Sung’s relationship came to an end.

Jung Woo Sung continued, “At the time, Lee Ji Ah said, ‘I don’t know why I’m telling this to you but my heart is opening up to you right now. I’ve had a long history with someone in the past.’ When I heard that, I was so glad.”

He continued, “I was glad because when she told me that, I had solid proof that all of those crazy rumors since her debut were not true.”

He said, “Since we have only been dating for three months at the time, it wasn’t like she could tell me every single little detail about her past,” and “And because the media began to publish articles about our relationship, it must have been harder for her to tell me.”

Finally he said, “In that difficult situation, she did all that she could to respect me and show me etiquette as her man at the time.”