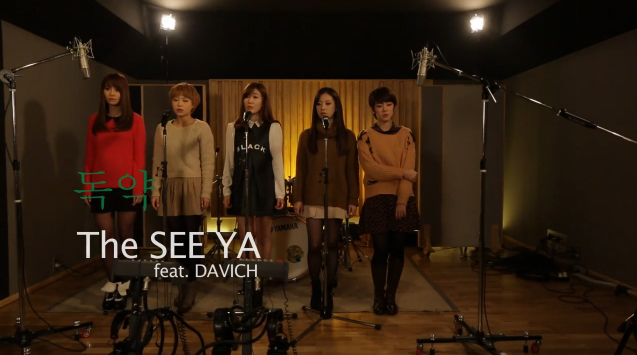 Following their debut last month with “Be With You,” rookie vocal girl group The Seeya has now released their music video for “Posion.”

Featuring the vocals of Davichi‘s Lee Haeri, “Poison” is the title track to the group’s first mini album “LOVE U.” Produced by Duble Sidekick, the song is a medium tempo ballad.

Along with a version of the music video that features the girls singing at various locations alone, another studio recording music video was also revealed.

Created by Core Contents Media to become the second generation of vocal group Seeya, their four members of the group are Oh Yeonkyung, Song Minkyung, Heo Youngjoo and Sung Yoojin.

Core Contents Media
Davichi
KPLG
The SeeYa
How does this article make you feel?