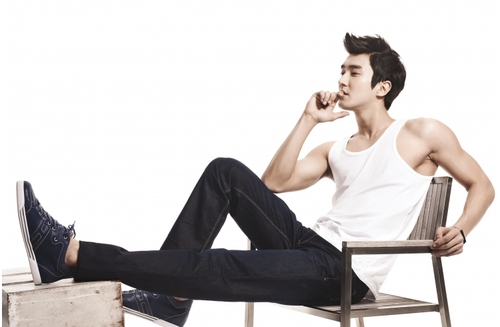 On December 5, a truck delivered food for a buffet that could feed up to 100 people to the set of SBS’s latest Monday-Tuesday drama. The buffet gift had been prepared by fans of Choi Si Won for the entire cast and crew.

Fans also placed a banner at the buffet saying, “Today, Kang Hyun Min paid for the food! Do you hear the viewership ratings going up?” By Kang Hyun Min, they were referring to Choi Si Won’s character in the drama.

The day fans prepared the buffet was also a very cold one in Seoul with heavy snowfall. According to staff, they were able to continue filming and regain the energy they needed to fight the cold thanks to the hot meal.

Choi Si Won tweeted, “It snowed a lot, and it was freezing today. Thank you so much. I will enjoy this delicious meal. Please have a safe trip home!”

The next episode of “The King of Dramas” is scheduled to air on December 10.

KPLG
Choi Si Won
The King of Dramas
How does this article make you feel?