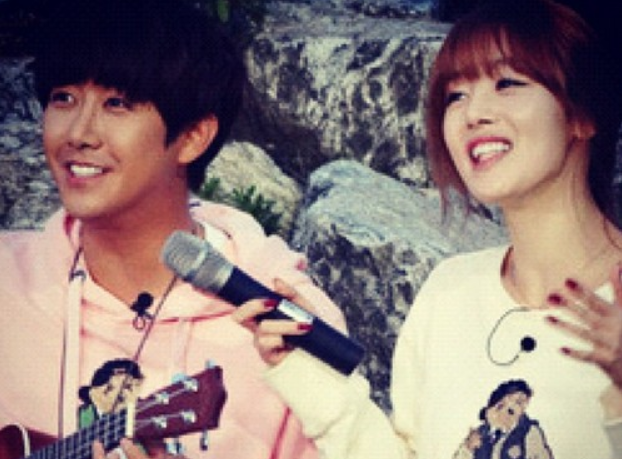 On MBC’s “We Got Married” that aired on December 8, Kwanghee and Sunhwa made preparations for their housewarming party.

When Sunhwa came out in a sexy low-cut dress and a pair of thick socks, Kwanghee complained, “We need to cut your feet off. I want you to wear high heels.”

Sunhwa became annoyed, and as she pointed at his gold necklace she asked, “What is this?” Kwanghee answered, “This is a very important necklace I got from the jungle. The chieftain’s wife gave it to me. You should wear it.”

Sunhwa tried the necklace on, and when she saw herself in the mirror, she sighed and complained that she looked like a chieftain. However, Kwanghee appeared to be satisfied and said, “I was worried about the revealing cut of your dress, but this necklace will help cover yourself up. We wouldn’t want other guys to stare at you.”

Sunhwa became angry and yelled, “That’s not true. My body is very voluptuous. Guys think I am not just because they compare me to Hyosung who is unreasonably sexy and curvy.”

Hyosung
Kwanghee
MBC
Secret
Sunhwa
We Got Married
KPLG
How does this article make you feel?