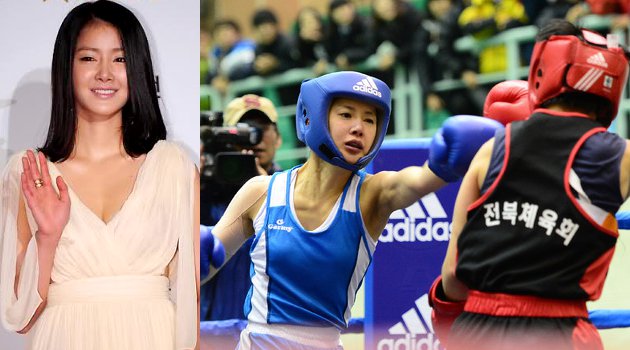 Soompi
by A. Lim

Actress Lee Si Young participated in the “66th National Amateur Boxing Contest and 2013 Boxing National Championships.” On December 7, she defeated her opponent Lee So Yeon and proceeded to the semifinals in the 48kg lower division. The actress shared her victorious moment with KBS 2TV “Entertainment Weekly,” saying, “It has been a great experience. I still lack in boxing skills. I will practice even harder for a better result in the next tournament.”

Lee Si Young continued, “I will be very pleased if I could be in the Olympics. It is my honour. I didn’t get any severe injuries during the match yet I have some bruises.” The actress had a wounded knee and shoulder during her match with Lee So Yeon, yet she held the victory.