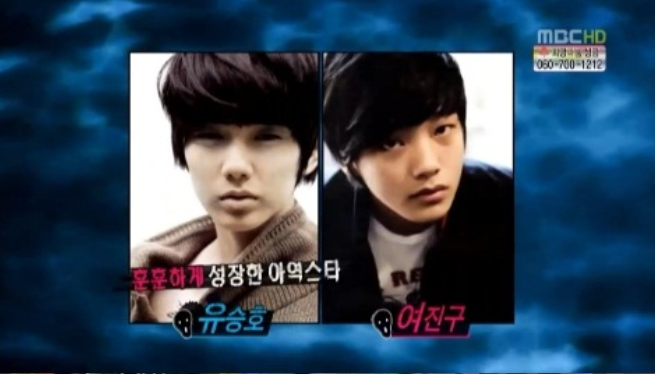 Why Are Yoo Seung Ho and Yeo Jin Goo So Popular Among Female Fans?

On MBC’s “Section TV Entertainment News” that aired on December 9, Yoo Seung Ho and Yeo Jin Goo’s careers were compared. Even at young ages, both have shown incredible acting skills and therefore they received a lot of attention ever since they made their debut.

There are surprisingly many similarities between them. For examples, both Yoo Seung Ho and Yeo Jin Goo played similar roles in historical dramas “King and I” and “The Moon That Embraces The Sun” respectively.

As well, they both appeared in the TV commercial for the same snack company where they did an embarrassing dance and shocked many of their female fans.

Another interesting fact is that in dramas “Warrior Baek Dong Soo” and “I Miss You,” the adult roles of Yeo Jin Goo’s rivals were played by Yoo Seung Ho.

Both actors also admitted that due to their young ages, their first kisses have been done via the kiss scenes in dramas and films.

A child actor casting director has later revealed, “What sets Yoo Seung Ho and Yeo Jin Goo apart from other child actors is their strong gaze. As well, they are both very polite. Yoo Seung Ho and Yeo Jin Goo have been taught manners strictly and firmly by the manager and mother respectively. I believe this is why they have grown up so well without losing themselves. It is likely that they will continue to be the most popular actors for several years.”

MBC
The Moon That Embraces the Sun
Warrior Baek Dong Soo
Yeo Jin Goo
Yoo Seung Ho
Section TV Entertainment News
I Miss You
king and i
How does this article make you feel?