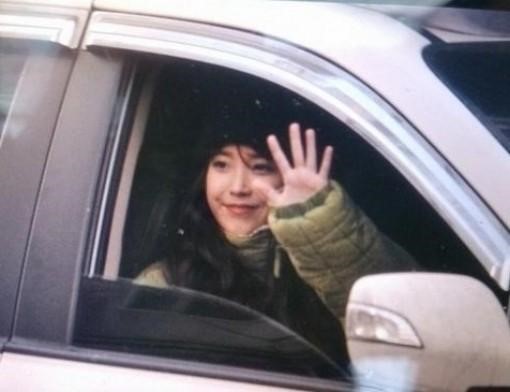 On December 9, a cute photo of IU waving at her fans was posted on an online community board. The photo was posted under the title, “Just now, IU seen wearing ‘Kkal Kkal Eee’ while going home.”

“Kkal Kkal Ee” is the slang word for the brown jacket IU is seen wearing in the photo. The jacket, most commonly worn by Korean army soldiers, is known for its bland design, although most Korean men get to wear it in army. The photo is reported to have been taken by one of the fans after IU finished her “Inkigayo” recording last week.

Netizens commented, “Even IU wears that jacket?” “She looks cute in the ‘Kkal Kkal Ee,’” and “I wonder who gave her that jacket!”