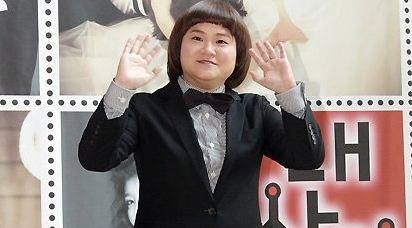 Kim Shin Young: “A Senior Slapped Me During My Rookie Years”

Comedians, although they laugh and make others laugh because it’s part of their job, are also human and have hard times. Kim Shin Young recalls an episode that happened during her debut days.

On December 9, she made a special guest appearance on JTBC’s “Shinhwa Broadcast” by invitation as one who mastered the art of “company dinners” and taught the members how to properly keep the party going.

While she was teaching them, she shared, “I made my debut in 2003. I was 23 at the time, which was very young and I’m an introvert. I didn’t have much interactions with people before I became a comedian and soon enough, us comedians had a company dinner.”

A member interjected, “Don’t comedians have ‘fighting’ and very uplifting songs?” She answered, “At that time, I was stuck in the 70s and 80s K-Pop songs and started a slow song after I finished a fast one. It was then that a senior told me, ‘Hey, you. Do it right” and slapped me. After that and after attending many functions, I learned how to match with people.”

Soompiers, do you think “seniors” have a right to slap another person?

Kim Shin Young
Shinhwa Broadcast
KPLG
How does this article make you feel?