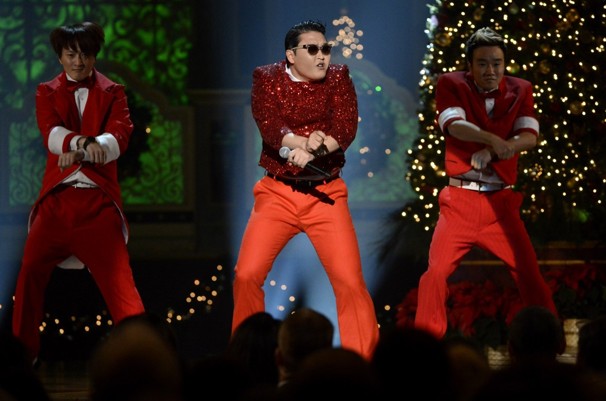 Amidst a huge controversy surrounding PSY for his anti-American rap lyrics in 2004, the world wide star performed for a White House concert and met President Obama.

The “Christmas In Washington” concert was held on December 9 at the White House in Washington, DC. The Obama family was in full attendance.

Not only was PSY present for the event but America’s veteran diva Diana Ross along with Demi Lovato and Megan Hilty, to name a few. Although President Obama didn’t follow PSY’s horse riding dance, it is reported that he clapped along to the performance.

Towards the end of the concert, President Obama gave closing remarks by saying that all benefits from the event will go toward the Children’s National Medical Center. He did not mention PSY’s name but did proceed to shake his hand afterwards.

Just a couple days ago, PSY’s anti-American lyrics from 2004 in the song “Dear American” were posted and spread on the Web. He used profane language to criticize the US military and their family, which sparked outrage among many people.

PSY had since issued an apology for his actions.