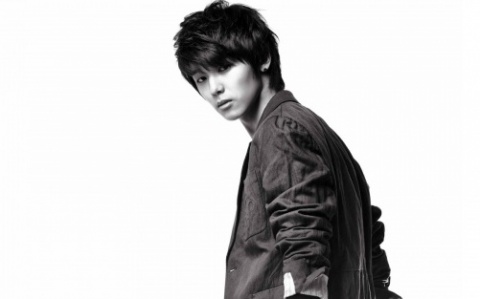 Kang Min Hyuk, CNBlue’s resident cutie-pie drummer, proves he can make anything look good- even just sitting down and sipping on some coffee.

On December 11, FNC Entertainment shared a non-photoshopped picture of Kang Min Hyuk making most of his fans go wild. He looks a little mysterious posing almost to his side, which his hair hides his right eye. He looks slick in all black and finishes it off with black shoes. His signature sticks are placed on the table along with several music sheets. The snow and fog in the background helps bring out a romantic atmosphere.

Netizens who saw the picture commented, “Is this picture really not photoshopped?” “His proportions looks good,” “Kang Min Hyuk atmosphere is the best.”

Meanwhile, CNBlue is preparing for their concert “Blue Night,” which will take place on December 15 and 16 at SK Olympic Handball Stadium.