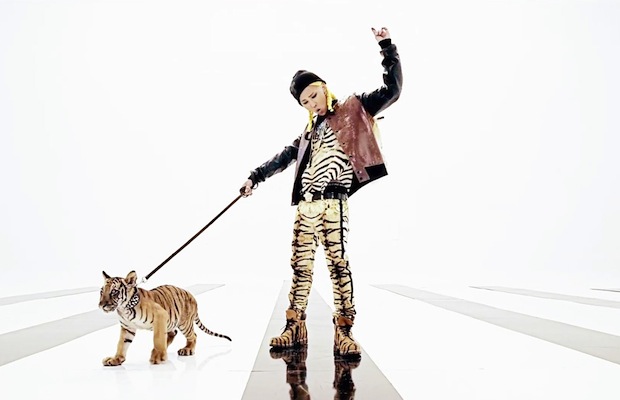 G-Dragon Opens Up About Plagiarism Scandal in Interview with “XXL”

On December 10, US Hip Hop magazine “XXL” revealed a featured article about G-Dragon titled “Korean Rapper G-Dragon Talks K-Pop Hype, New EP, and Past Scandals” on its website. XXL wrote about G-Dragon, “Psy isn’t the only–or even the most popular–rapper in Korea.” The article goes on describing G-Dragon and his popularity, “The hairstyles are colorful, dance routines are perfectly choreographed, and the music’s stupidly infectious…Is he South Korea’s Kanye West? Certainly, it’s not an overstatement.”

In his interview with “XXL,” G-Dragon explained how he became interested in music and more specifically, hip hop music. He stated, “I was about nine years old when I first heard Wu-Tang’s ‘C.R.E.A.M.’…I begged my mom to attend that school [summer school program hosted by hip hop collective People Crew] to learn how to rap.” He added, “I was featured on Hip-Hop Flex 2001, and that made headlines in Korea as the youngest rapper in the country. YG Entertainment took notice and decided to take me in.”

G-Dragon also explained his idol background in this interview. He commented, “Taeyang and myself were trainees at YG for a long time. So we figured we would debut as a hip-hop duo…YG, the label itself puts out boy bands, but they don’t strictly deal with bubblegum pop music. Since its foundational core is based around hip-hop, I trusted the label’s directions.”

“XXL” also asked G-Dragon about plagiarism, “I thought it was just a lack of understanding for sampling in Korea. Thoughts?” G-Dragon answered, “…everybody will have a different take on the song. It’s not really about right or wrong. Just because a select few believe it, don’t mean they’re wrong either. If they felt that way, then that’s what it is. In the end of the day, I’m not ashamed, so I don’t really comment on it.”

Before wrapping up, G-Dragon differentiated himself from when he is a part of Big Bang to when he is on his own. He explained that his Big Bang self is more concerned with the public’s reactions and opinions while G-Dragon on his own is more about revealing his funky, punky side.