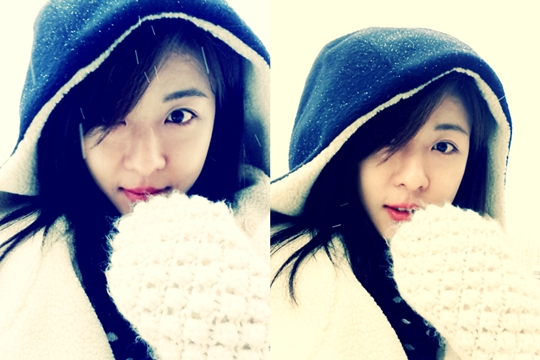 In her memoir, Ha Ji Won showed how much she liked the snow by writing, “Even though I don’t like being cold, the reason why I like winter is because of the snow.”

Her selca consisted of her bare face, yet the actress still looked flawless. She would have been great for the role of a “Snow Queen” character.

Upon seeing the selca, netizens posted, “Looks like a fashion pictorial,” “You really are a Snow Queen. Let’s go and have a snow fight together!,” “Aren’t you too pretty?,” and “Your gloves are so cute!”

The actress is currently shooting “Three Joseon Angels” that is set to be released next year and her book can be purchased online and in bookstores nationwide.