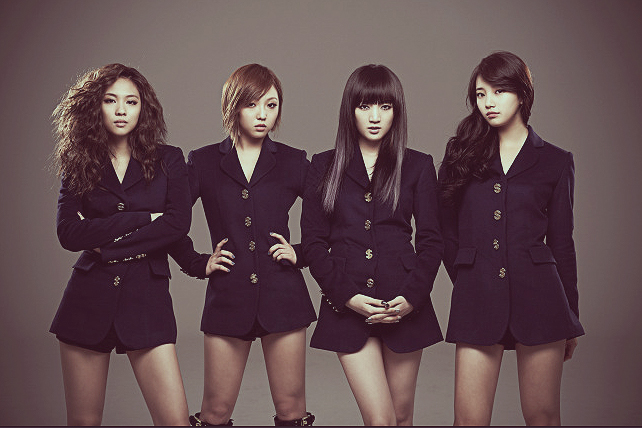 During the filming of KM “Music Triangle“s special Christmas episode, “Early Christmas special,” MC Yoon Sang asked miss A if they have any limitations in pursuing romantic relationships as members of a girl group. miss A’s member Min responded, “There are no limitations, per se. But producer Park Jin Young discourages us in an indirect way.”

She added, “Park Jin Young often tells us that he wishes we wouldn’t date anyone until we become as successful as he is right now.” Yoon Sang responded to Min’s telling of Park Jin Young’s dating and relationship advice, “I think he’s a little too harsh on you young ones,” criticizing him and showing support for miss A and their possible dating life.

Min also revealed another episode with Park Jin Young during the filming of “Triangle.” She said, “I’ve always thought actor Leonardo DiCaprio is really good looking whenever I saw him on TV in a movie every Christmas. And then one day, Park Jin Young started to insist that he looks like Leonardo DiCaprio. I thought that was rather ridiculous.”

Another guest on the show Lee Seok Hoon commented on Park Jin Young’s resemblance to Leonardo DiCaprio, “I’ve seen him say that on TV shows before. If you look closely, their jawlines kind of resemble each other.” Lee Seok Hoon’s defense for JYP made everyone in the cast and audience burst out into laughter.